“In the U.S., there’s plenty of talent to take companies from $50m to the IPO range, which is hard to find in Europe. You need to be bold and hire the right people, and be willing to listen to what they have to say." 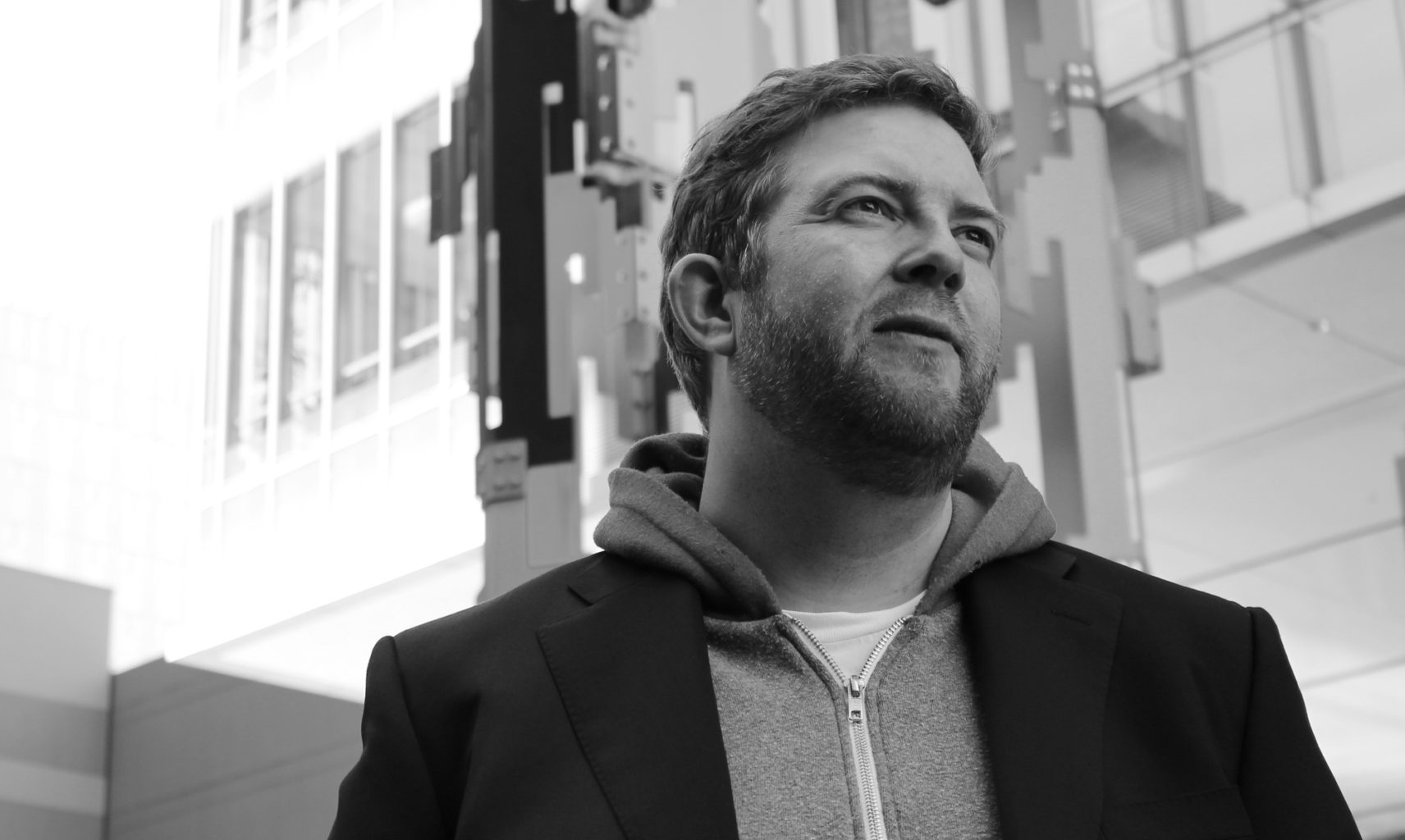 “In the U.S., there’s plenty of talent to take companies from $50m to the IPO range, which is hard to find in Europe. You need to be bold and hire the right people, and be willing to listen to what they have to say."

An excerpt from Notion's Crossing the Atlantic Report published at the end of 2017:

Enterprises get more productive relationships with their supply chain, anywhere in the world; and suppliers get predictability and improved cash flow from a suite of e-invoicing and fast payment tools. The company was founded in Copenhagen, Denmark, in 2010 by the team behind EasyTrade, an open-source trading platform, which is still used by 95% of Danish businesses today.

But why come to the U.S. in the first place? According to Tradeshift co-founder and chief executive officer, Christian Lanng, it’s not just about access to America’s 30m businesses and larger contract size. The U.S. has a unique set of benefits to offer:

Openness to the new

“Business is very conservative in Europe”, he says. “If you want to be a category creator, the U.S. and China are great markets, whereas Europe tends not to adopt new services until they have been exploited in the U.S. In the U.S., companies are willing to experiment.”

“Just as businesses here will buy from newcomers, they use more innovative tools themselves. European businesses are happy if they’re using Salesforce, but we have over 20 applications in play, including the latest AI, to manage sales optimisation.

It’s a different world. The wave is three to four years ahead of Europe, so when you come to the U.S., you are able to ride the latest wave of evolution.”

“In Europe, people are operationally cost focused. In the U.S., companies are willing to invest in future revenue.

“In Europe people will be impressed that we help big U.S.- based global brands with their supply chains. But It doesn’t work the other way round.”

“In the U.S., there’s plenty of talent to take companies from $50m to the IPO range, which is hard to find in Europe. You need to be bold and hire the right people, and be willing to listen to what they have to say.

Also, people find their niche and have another go. So a leader who has worked the startup-to-$50m scene will go back and do it again, taking everything they have learned.

People who have made mistakes and got experience are far more frequent here.”

“VCs in the U.S. have more credibility to articulate new categories. They will get together and do an off-site day in a category, even inviting competing companies.

We saw that with trends like on-demand, cloud, and AI. And they will ask, ‘what can we do to boost or protect this segment?’ Better still, they will help to define early on the winning metrics for the category, building out the story of what success looks like.

It’s invaluable: we know that in SaaS, category leaders dominate their market; yet when you make something that doesn’t exist and you have no benchmark KPIs, you have to work much harder.”

“The most repeated advice from other founders I got was: don’t hire someone else to run the US company for you. My own feeling is that if you’re not here, it’s an expensive market to grow.

Salespeople are expensive, and nobody will be as committed, effective or articulate as you are. So make the move.”

“For these reasons, the enterprise SaaS market in the U.S. is probably 20 times the value of the UK market because of the scale and propensity to invest.” That propensity to invest may – counter intuitively – be strongest before you open up shop in the Bay.

“In a European startup, you’ll have an easier time raising U.S. money from Silicon Valley before you move. Because all the VCs want to show that they got you here.

They want to be cool. If you’re in town as a European founder, you’ll get more Partner time than if you live here.

Unfortunately, those partner meetings are at a significant discount in valuation to European standards because they see themselves as a significant brand; but I would still say that if you can close off some investment before the move, that would be good.”

As for where to land, Christian is clear. “Don’t locate yourself in the U.S. based on commercial closeness. Everyone flies, so it doesn’t matter if you’re East Coast or West Coast.

Base yourself on access to leadership, talent, partnerships, and early-stage customers rather than long-term customers.

Overpriced as it is, the Bay Area is still the place to be: some of the best partnerships we’ve built have come from meeting people in coffee shops. But talent, not customers, should be the deciding factor.”

That’s not to say hiring is easy. All of our contributors are wrestling with the spiralling cost (and sometimes the overt sense of entitlement) of engineering talent.

“You unconditionally want to get the best talent,” says Christian. “And I would put my commercial, partner and sales operations here, plus some of my product leadership. But we’ve given up hiring engineering talent here – the prices are absurd.

There’s a strong talent base in product management and engineering across Scandinavia, and if I started over, I’d focus on Northern Europe. Scandinavia has free universities with a high degree of engineering and technology expertise along with the Scandinavian model of teamwork and problem-solving in school, which is globally unique.”

Smart housekeeping starts early. “We flipped everything into Delaware holding”, says Christian. “But that worked because we were set up well for it beforehand: all our IP was offshore already.

You need to prepare for this because U.S. status matters a lot. If you’re out of Delaware, that’s well-known. Also, clients and partners want to meet you as a founder.

I think the most repeated advice from other founders I got was: don’t hire someone else to run the U.S. company for you. My own feeling is that if you’re not here, it’s an expensive market to grow. Salespeople are expensive, and nobody will be as committed, effective or articulate as you are. So make the move.”

"An early move is also wise because it’s hard culturally to create a global organisation later on. Your culture is less settled in the early days, so it’s easier to shape and you can inject a lot of positives from U.S. culture like aggressiveness and competitiveness, which Europeans generally lack.

We even deliberately hired a U.S. head of HR which shaped the global organisation more than if we’d taken on a European HR head. We never settled long enough to be called a European company, and when we expanded to China, being culturally stateless made it much easier to grow.”

“It’s the sum of your failures that makes your success”

Ready? You’ll need to be made of Kryptonite. “It’s all about growth”, Christian says. “Every time you go from $5m to $10m then $10m-$20m, you’re levelling up, and everything gets more difficult.

That never stops – ever.

You have to recognise the next challenge and you won’t know what it is until you get there. As soon as things finally get easier, you’ll know it’s because you’re about to level up again.”

“And you have to figure out what the next set of challenges is going to be at every single level, and then deal with them. It’s excruciatingly hard mentally, and it’s not for everyone.

Most companies win purely on ‘survivorship bias’. I cannot tell you how many times I thought we were out for the count. We closed a round once with just three days before we were out of money – it’s not something I ever want to repeat.

You just keep fighting and find the solution, but it takes immense mental strength to see it through. If you’re alive you can win.

And the thing is, in SaaS, if you’re first in a category, surviving is often winning: without someone else’s roadmap. It’s the sum of your failures that makes your success.”

• The US isn’t just a big market. It’s receptive, forward-looking, and rich with talent and investment funding.
• It may be easier to raise money from a US VC before you move there, but it will be at a lower valuation.
• Move early – it’s much harder to revise an organically grown organisation later on.
• Pick your location based on talent, not customers – although you may prefer to keep engineering operations in Europe.
• If things feel like they’re getting easy, you’re just on the brink of the next point of inflexion in your company’s growth.

From Notion’s Crossing the Atlantic Report 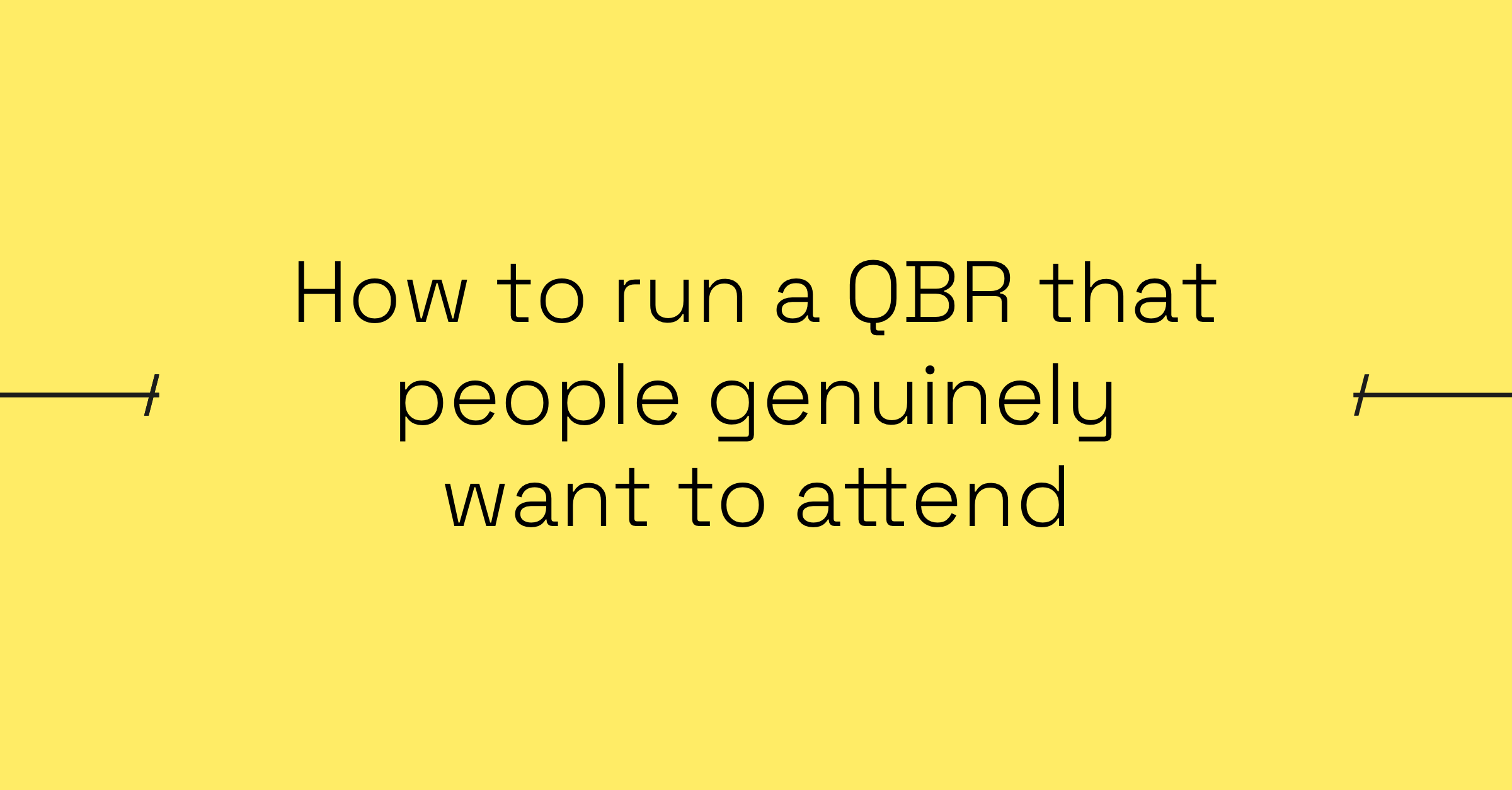 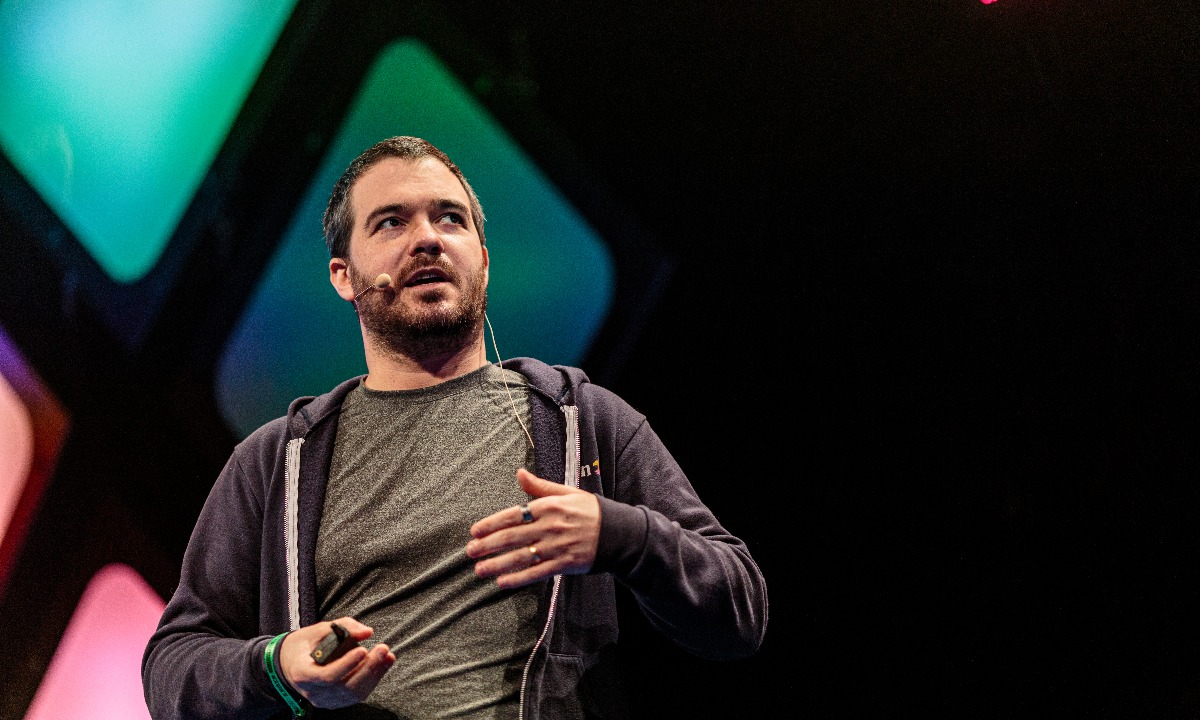 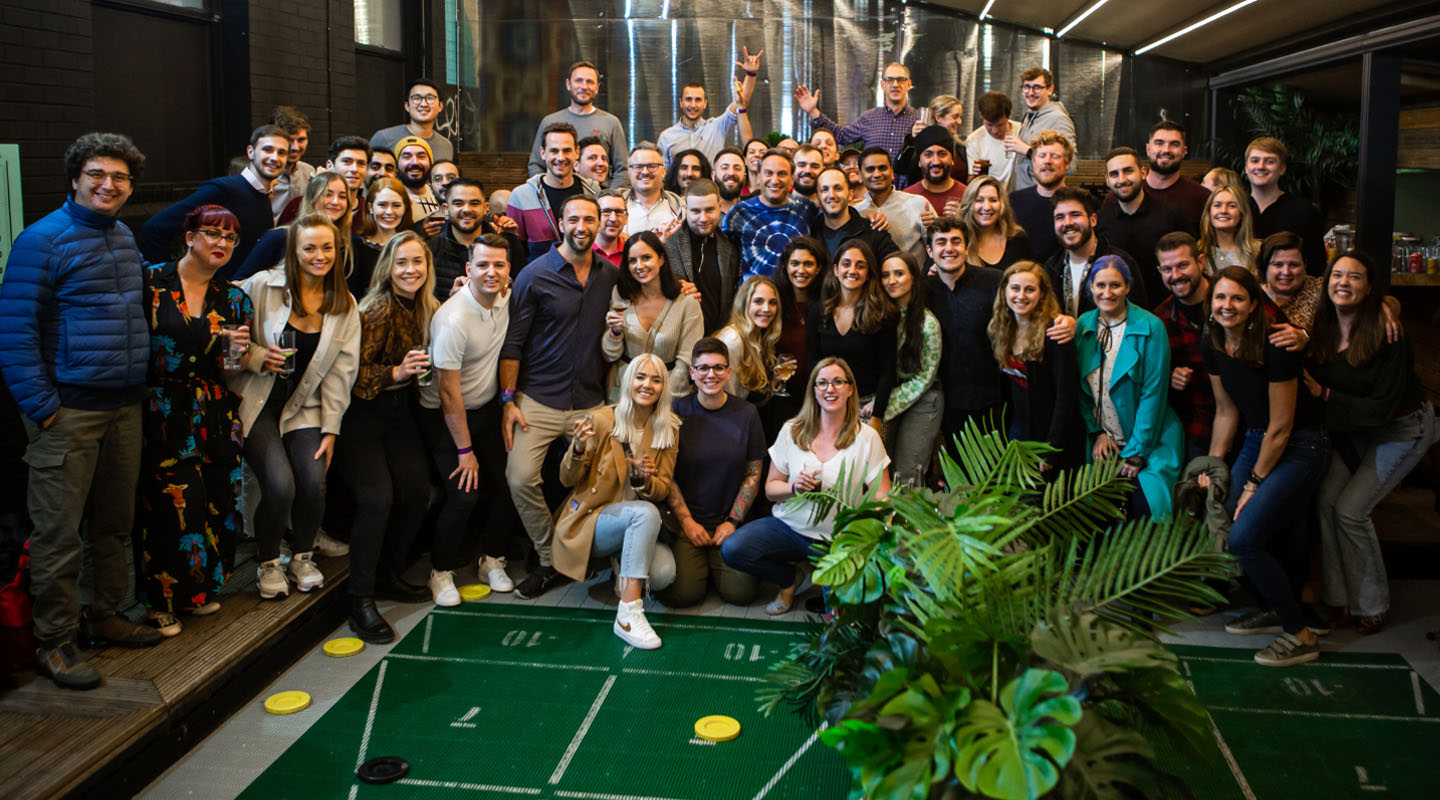