I am a rare investor who is not as founder obsessed as most. The reason being I’m not as much of a purist and I’m an intrapreneur more than an entrepreneur.

Why I invested in Triptease 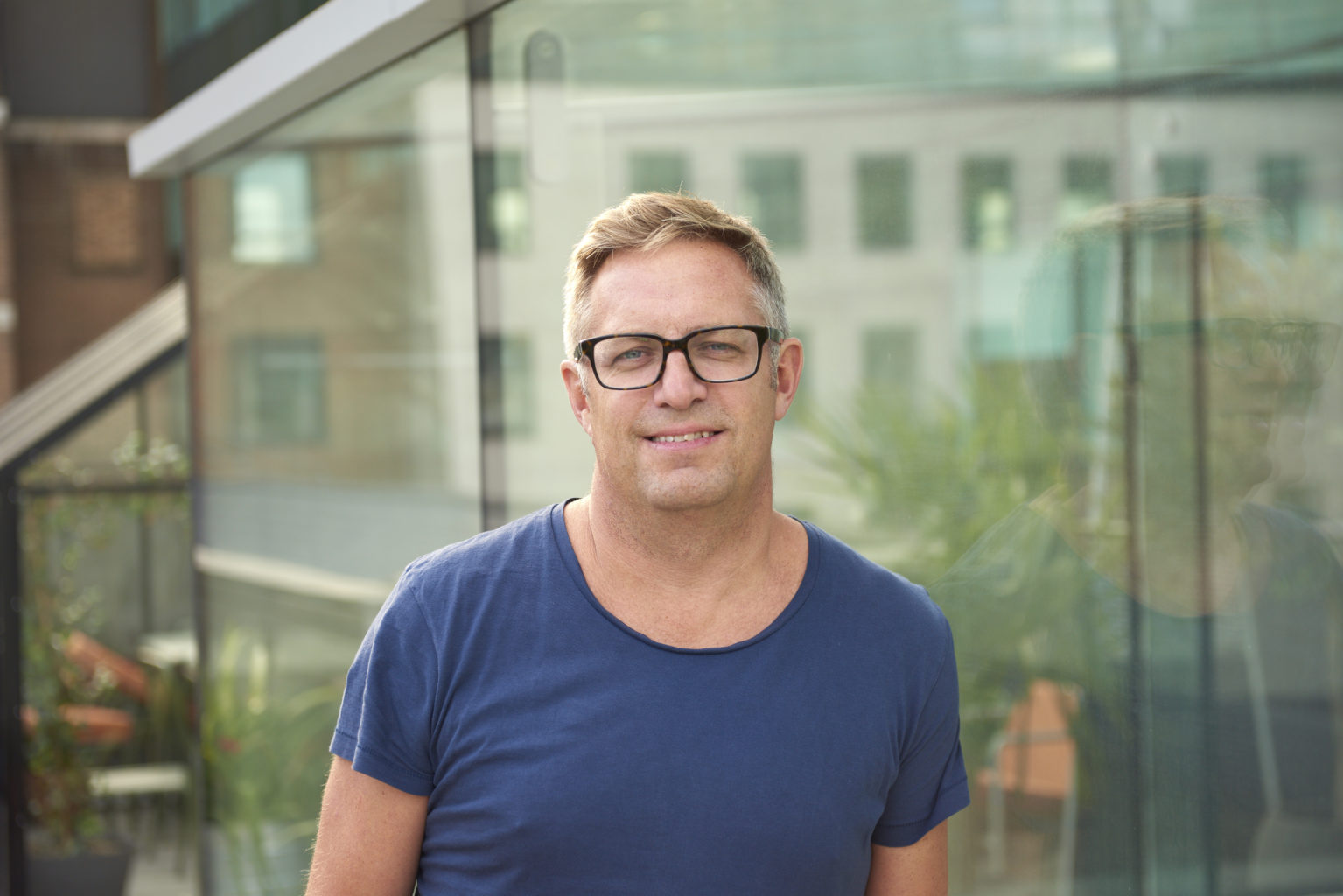 I am a rare investor who is not as founder obsessed as most. The reason being I’m not as much of a purist and I’m an intrapreneur more than an entrepreneur.

We just announced our latest investment in Triptease which is a $9 million Series B round. This blog has been a long time coming as like a paranoid and jealous lover, I've mostly kept Triptease to myself.

For those who've not heard, Triptease is a Direct Booking Automation Platform for hotels. They integrate with the leading bookings engines around the world and into a hotel’s CMS. The beauty is you switch it on and you get more direct bookings, the associated revenue and customer data in minutes. So speed to value for hotels is immediate with an incredible ROI and no user engagement is required. They’re based in London, NY and soon Singapore too, and are growing incredibly fast and incredibly capital efficiently – they are an absolute rocket.

I’ve led four rounds of funding from the Seed in Q4 CY14 to this B Round with BGF, our Fund II and Episode 1.

So why was this so hot back in 2014 when we did the Seed round and why have they retained such high interest for us?

At the time Triptease were pre product and operating in an adjacent product category, but I would say three reasons:

Biblical Pain – this drives my level of interest

In 2014 the share of all hotels online bookings transacted by OTA’s (online travel agencies) crossed the 50% mark! So consumers spend several weeks duration looking at all sorts of hotel options, with all sorts of tabs open but when they commit – more than 50% were completing the booking with the OTA. Regardless of the fact that 65% of those same consumers had the hotel's direct website minimized – as was often the case. This mimicked my own user behavior and everyone I referenced.

After several strategy sessions with Charlie, the co-founders and our network of experts, Charlie zero’d in on this pain. In everyone’s opinion this was the pain we had to solve, this was the narrative in the market we needed to own and this was where we needed to find a counter intuitive product offering to drive huge demand. If we could solve this or reverse the trend, we had the chance to build a massive SaaS business with a highly proprietary data set.

Summary – it’s a massive market (largest google vertical), 50% of the traffic booked goes to the OTA’s who have an unassailable advantage in terms of data, economic scale and market coverage and hotels pay between 15% to 25% in commissions. Solve with something easy to buy, easy to adopt, with huge speed to value for the hotels and fuck everything else.

The Founder: Charlie (the CEO) and his co-founders

I am a rare investor who is not as founder obsessed as most. The reason being I’m not as much of a purest and I’m an intrapreneur more than an entrepreneur myself. Don’t get me wrong I’m 90% obsessed just not 100% obsessed and that’s because European SaaS businesses at scale (> $100m subs) are rare. World class founders of pedigree are even rarer. Particularly world class founders with pedigree solving the right problems.

With Charlie I struck pure GOLD.

Referred to me by one of my founders, we went for a walk around a London square, (an unfortunate requirement of working with me is going for a walk) sat on bench and talked through why he founded Triptease and the journey so far. To say I liked him would be an understatement.

I knew enough about the hotel technology scene because it was terrible for products and massive in scale = Opportunity. We agreed to invest some time figuring out the space.

After several sessions Charlie hit the nail on the head with HOW he would solve the OTA dominance.

He’d done lots of customer development between sessions and these were the stats – 65% of us believed the OTA’s were cheaper, yet in reality hotels are either the same price direct or cheaper direct. Soon Charlie informed us the OTAs also had better cancellation policies due to their scale.

To him, it was simple - he was going to promote the OTA’s pricing on the hotel website, which would prove it was not cheaper, and if you change the user experience to mitigate each of the risks above something will give. The more Hotels save in commission, the more they can invest and the better the experience they can offer their customers. And the more value Charlie can create building a data platform for both the market and each individual hotel for retargeting and personalization. The opportunity for a highly scalable flywheel is huge.

Charlie is very rare. In his heart he is a consumer champion, he is very smart intellectually and emotionally, and he's a winner. He's also fearless and plays hardball when needed but most importantly for me is he is irrepressible – so irrepressible that if I was 20 years younger i'd die to work for him.

What I also got with Charlie was the co-founder Alexandra, Alasdair and then his advisor, angel and brother James. Quite the team. We have form with brother teams (The White brothers - Jos and Ben White @messagelabs) and it’s great to have the Osmond dynamic remind us of that power dynamic.

So what was the Promise?

This was the last deal we did in Fund II, so surely we should have been doing later stage deals... Remember, it was all a hypothesis. No product. No technology. And no one at Notion actually liked it. Apart from me, of course.

Why would my partners like it? Why do something so early (we don't do pre product) with zero proof so late in the fund cycle? I’ve settled on the fact that they know I’m a bit bonkers, and they loved Charlie too. I suppose it’s part of Notions DNA to break all the rules.

I think venture investing and startup founders are in the promises market. But rare indeed are those that keep those promises.

Making promises, executing on promises and doubling down on them again and again is the be all and end all in this game. Some people call it a strategy, a budget or execution but to me it’s a promise.

The promise we made was to fund the launch of the first Triptease beta, which we launched in Q1 CY15, and 12 months of capital with our co-investment partners. If that worked, then Charlie’s ambition was to build a proprietary data set, products on top and massive market share of hotels. If we stayed on the course I wanted to be the greediest investor and keep as much to myself.

No one has broken their promise.

Since the beta the team has signed more than 20,000 hotels, are growing vertically and can kick off cash with limited tweaks – bookings were 6x burn in January. The market is infinite compared to our scale and we're building an increasingly more valuable data asset for our hotels to exploit.

The future looks very bright for Charlie and his team, his hotels and their consumers - people are pinging me saying they have seen Triptease brand popping up everywhere as we get more market coverage.

What about the Future?

Well we're very excited to have Rory and BGFV invested in the company. Rory and I have invested together before (he came into the B round at www.newvoicemedia.com). Apart from being a very attractive man he's always been a great compliment to me on a board, as well as a great contributor to the businesses we've invested in together.

This round allows the team to really put their foot down, on both sales and product, and we expect them to continue to deliver flawlessly and get to 50,000 hotels in the next couple of years. The business is already bigger in the US than EMEA so we have little material product, commercial or internationalisation risk. The platform is extremely robust at delivering direct bookings for hotels today but this investment also allows them to accelerate the product cadence. New products and features will make their hotels increasingly more competitive, profitable and data rich.

I expect Charlie to expose much more of the future vision at their Direct Bookings Summit later in the year. As Chief Tease he will no doubt be on fire.