"What we underestimated was just how big that market was by itself and what product/market fit meant in that particular case."

An interview with Unbabel at Series C 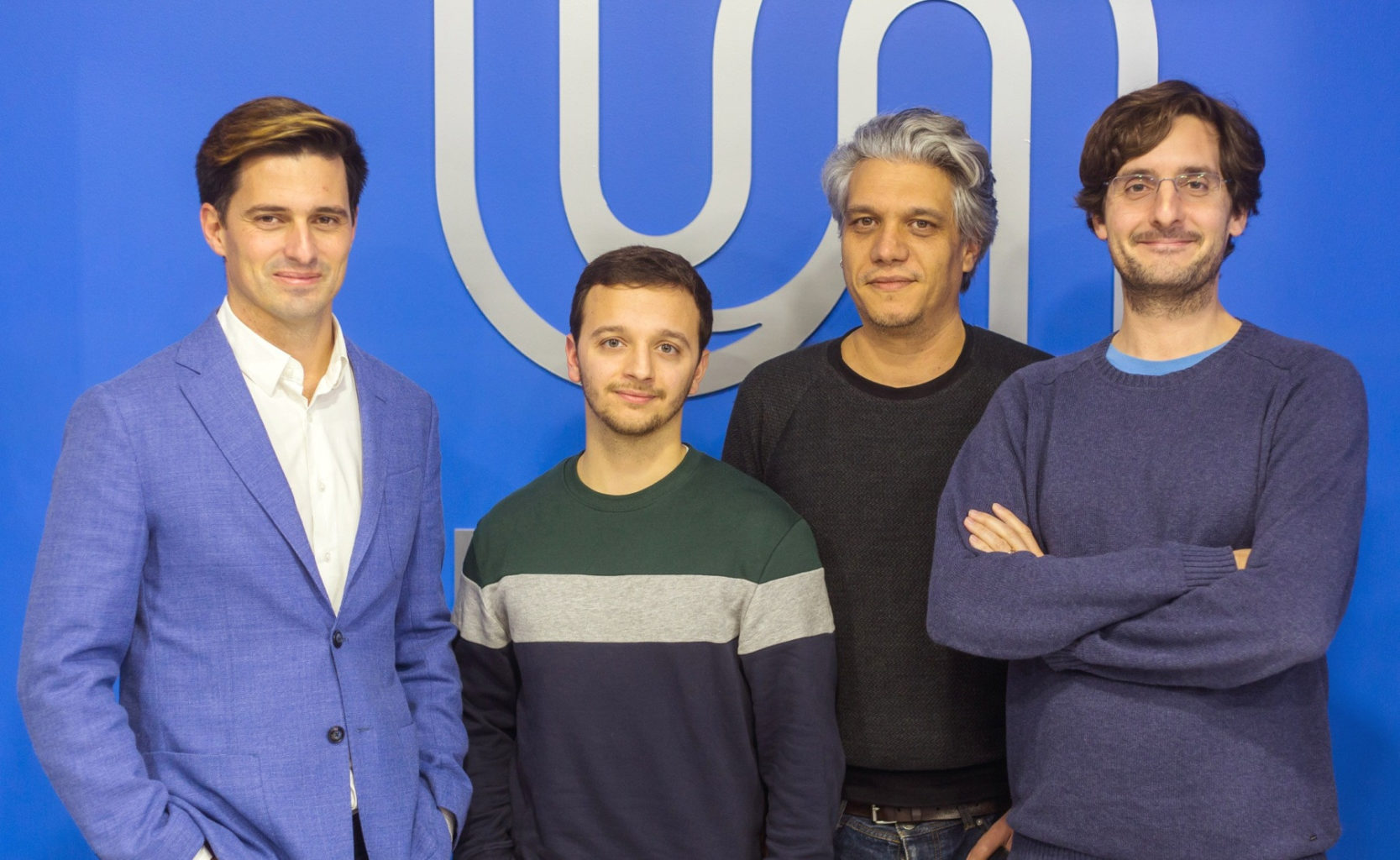 "What we underestimated was just how big that market was by itself and what product/market fit meant in that particular case."

Having invested in Unbabel’s translation-as a service product back in 2016, Notion is delighted to join the round again for Series C.

At this key moment, we took some time to ask Unbabel’s leadership about the decisions and key experiences that lead up to this latest round.

Unbabel enables modern enterprises to serve customers in their native languages, with always-on, scalable translation across digital channels. Powered by AI and refined by a global community of translators, Unbabel combines the speed and scale of machine translation with the authenticity that can come only from a native speaker.

Max Tatton-Brown: Why Unbabel? Why are you here?

Vasco: As the world becomes more global, we have solved many of the issues of logistics and coordination, but somehow we didn’t solve communications as part of that process. That creates a barrier to companies ability to grow and scale, and to the trust you generate by communicating natively.

Unbabel has the power to change how business happens around the world.

Wolf: To add to that, I love that we are creating a job market for thousands of customer service agents who can communicate in 28 languages and for hundreds of thousands of bilingual translators.

It’s also a privilege to be one of the companies grown out of Lisbon that’s become a dominant global player.

Chris: I had already experienced the pain Unbabel was made to solve. At MessageLabs, we had 2,000 corporate customers from every country on the globe with $150m in subscriptions and a team of 650 people. Language was such a barrier to efficient scale in both sales and support that we focused our Go To Market on English speaking countries or where English was the accepted business language. So we were very aware of the language challenge when scaling to deliver for customers.

On a macro level, it felt like a fundamentally massive problem that could be solved with technology, but hadn’t yet.

Max: How did you find product / market fit and how does that relate to repeatable scale now?

Vasco: It took about three years to create the basic infrastructure. You needed to have a lot of the components of AI, you needed to figure out how to get humans to feed into that, how to design the tools to be successful. And then also have a feedback loop, so that the machine is learning.

We could have pointed our product into a bunch of different areas, but communication - email and chat - was a sweet spot for us.

When you write an email as a business, it needs to be grammatically correct, both morphologically and semantically. But it needs to be fast and it needs to be affordable for scale. Nobody could really do QUALITY + SPEED + COST.

We realised that customer service is right at the heart of a business. Anything our product learns for translation can be applied to the next content type; like marketing or sales.

What we underestimated was just how big that market was by itself and what product/market fit meant in that particular case.

Wolf: We’re disrupting the entire offshoring industry. Before Unbabel, offshoring meant providing english-speaking support in different locations. With Unbabel, it means enterprises can communicate with customers in any language, from any country in the world.

We realised that customer service was an $80 billion market, growing enormously every month because of digitisation of the economy. We are especially seeing a dramatic trend of increased communications via non-verbal channels, such as email, text, chat and social media.

Chris: Notion likes to focus on companies with a “comfortably narrow” focus and customer support hit that dead on.

But Unbabel also has a very innovative “lab” culture, so there’s huge amounts of trial and error going on all the time, that might wrap around customer support and comms. That means there are two or three horizons: product/market fit, scale and the future innovation angle.

Another key moment from our perspective was the hiring of Wolf, who has a tremendous pedigree in taking European startups and gaining traction and adding revenue at an increasingly larger scale. He re-cut the recipe around speed, quality and cost of the service.

He questioned that the fastest and the best cannot be the cheapest, if they are the only show in town - this level of experience was invaluable. The recurring revenue 12xd after the changes he and Vasco made.

Max: How was the Series C fundraise different from Series A?

Vasco: There’s a great post on YC about raising a Series C that talks about how you are on very numbers-driven investors, who will really scrutinise your financials. It’s very hard to raise Series C on future profits. You need to have shown and proven something already, and how you are really going to grow that.

That means a proven business model and at least 8-10M ARR.

Investors are also looking much more closely at your complete team with the right experience, knowhow and proof that they have taken other companies to the next level.

Wolf: For whatever timeframe you think it takes, you also need to factor in how much it distracts the team. In both cases, we grew into the round, while we were raising the round. You have to continue performing at a very high level and growing very fast to meet the escalating target you’re pitching around.

Chris: At the A Round, I’m concerned about the likelihood a massive company being built. This means the ability to build a world-class team, create a category-dominating product to solve a market pain, to add $1m then $2m then $3m per month and then also have a team capable of raising $10m then $20m and then $30m to fuel Unicorn trajectory. Our analysis is focused around this.

At the C Round the market is different, as the best investors in the world are analysing the numbers and the trajectory much more, as there is so much more to analyse. They also obsess about the ability for the team to own an entire massive category. We take these areas as critical to Notion’s returns, so we have programs centred around these for our founders to absorb early in the startup journey.

Max: How did you accelerate getting big customers on board?

Wolf: It becomes a kind of self-fulfilling prophecy, in that every “biggest customer ever” becomes the new benchmark, the new normal.

For the first big deal we closed, the whole c-suite flew out to a small town, did a demo and looked around the call centre. Now, for a deal that size, this is the new normal.

We also moved to concentrated enterprise sales - focusing our sales and marketing on that audience and now moving to a “named accounts” strategy. That means going after even more well-defined and focused subsets of accounts among the team.

The other part that’s crucial is our partnerships with the large BPOs, which give us access to C-level in Fortune 1000 companies. It means that pilots typically start with a much larger degree of volume and commitment.

Chris: We arrange regular events for enterprises to meet companies doing new and innovative things and at one lunch in particular, the CEO of a BPO was there.

She said 2-3 times a year she sees a technology that will either make her business obsolete or save it. She also went on to say that most of the claims were entirely unfounded. On this occasion, Unbabel was one of those that she believed could fundamentally transform her business. So the relationship went from there.

Wolf: That lunch was really strategic to the entire mission. Another was with Satya (Nadella, Microsoft CEO), who really got it at strategic level.

But in each case, it took 1-2 years to build out the partnership. So you have to be ready to spend a lot of time.

Max: How have you built a culture that attracts the best talent?

Vasco: You have to start with the fact that the best people in the world have a lot of options.

So you concentrate on there areas:

We spent a lot of time and resources creating those situations and as a result, we have a very inclusive culture. Currently 40% of our employees are women and we have over 30 different nationalities spread across our offices in Lisbon, San Francisco, New York and Pittsburgh.

Chris: Notion has built a proprietary database for patterns in how unicorns hire vs non-unicorns, in the first five years. This gives our portfolio a benchmark to learn from and measure themselves against, then make adjustments they believe appropriate.

We see that Unicorn founders significantly upgrade their hires into key gaps, particularly sales and product and this as much as 2x compared to non-unicorns in the first 24 months. But it’s about how they do it, which is critical, and we worked tirelessly with Vasco around this because we’re as passionate about how B2B SaaS products are sold, distributed and consumed, not just about how they are built.

Why is this important?

So culture will flow from the founders and the game changers they hire and their behaviours which flow through the organisation. It's worth noting that most of the cultural power we read about is post-rationalised from winners - privately owned monopolies.

This is survivor bias which is definitely not a strategy for new startups. So we are impressed by cultural power that evolves from startups with great execution which has a combination of purpose, flexibility and a winning mentality.